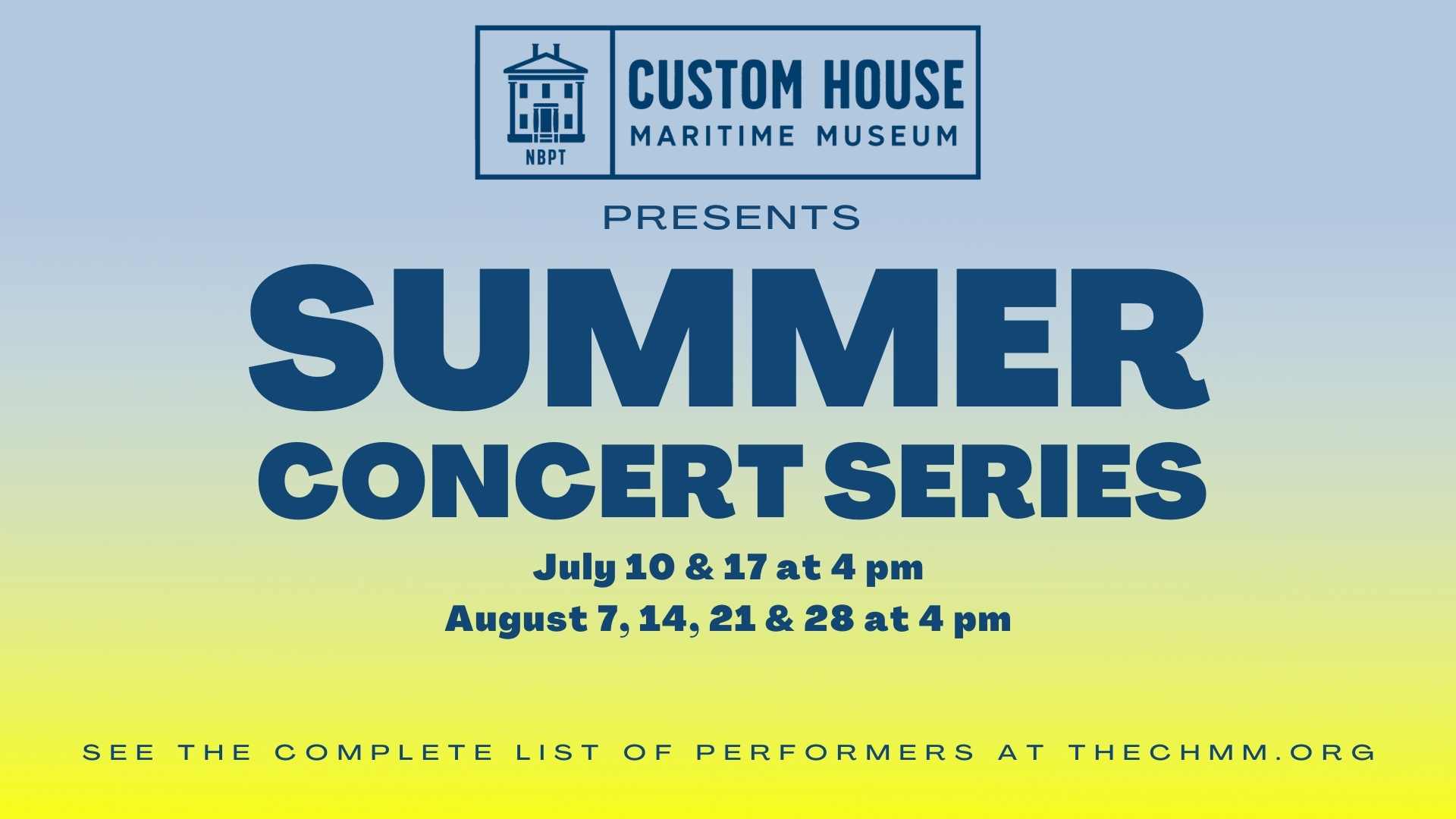 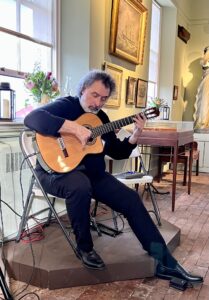 We are pleased to bring back concerts on the Custom House lawn this summer! Pack a picnic, or pick up a delicious meal from a local restaurant and music from talented artists. A great way to enjoy a summer evening.

John is a Classical /Jazz Guitarist experienced in many styles of performing techniques including repertoire from the Renaissance and Baroque periods. Classical, Spanish Flamenco, and the styles of Latin America including Bossa Nova and Samba. He has been concertizing for twenty-five years and has also performed in clubs and restaurants throughout New England, New York, Paris, Mexico, and Ireland. Throughout his career, he has performed at numerous special events including weddings, anniversary and engagement parties as well as Renaissance festivals. In addition, he’s the director of “North of Bossa ” which is an ensemble utilizing multiple instrumentation including Accordion, Sax, Flute, percussion, bass, and vocals.

We have an extensive repertoire ranging from the music of Jobim, Villa Lobos, Almeida, Beatles, Bonfa, and original compositions. He is a staff musician at the Museum of Fine Arts in Boston and a member of the North Shore Musicians Association and a classical guitar instructor in Haverhill and Newburyport.

His CD ‘La Gitana’ was released in 2003. The recording features eight original compositions in the Latin/Samba ensemble tradition. Also included is music by Bach and Satie. My second CD “Avila ” Ages of Romance. was released in 2005. This recording includes two guitar quartets, transcriptions from a contemporary opera, and several original compositions.